“What is a Christian Voter to do?”

Well it is Wednesday, the day after our elections and the person I voted for to become president, did not win. Although it is hard for me to believe, maybe you voted for the other guy, so your man did not win either! This election cycle may have been lacking in some things, but one thing it has not lacked is passion.

So as I was thinking about this passionate response that has been shown on both sides, I thought, ‘How should those of us on “God’s side” respond when God does not answer my prayer like I wanted Him to respond?’ Then my thoughts when to King David, who was very passionate about His prayer request. Here is God’s account of the story…

After Nathan had gone home, the LORD struck the child that Uriah’s wife had borne to David, and he became ill. David pleaded with God for the child. He fasted and went into his house and spent the nights lying on the ground. The elders of his household stood beside him to get him up from the ground, but he refused, and he would not eat any food with them. On the seventh day the child died. David’s servants were afraid to tell him that the child was dead, for they thought, “While the child was still living, we spoke to David but he would not listen to us. How can we tell him the child is dead? He may do something desperate.” David noticed that his servants were whispering among themselves and he realized the child was dead. “Is the child dead?” he asked. “Yes,” they replied, “he is dead.” Then David got up from the ground. After he had washed, put on lotions and changed his clothes, he went into the house of the LORD and worshiped. Then he went to his own house, and at his request they served him food, and he ate. His servants asked him, “Why are you acting this way? While the child was alive, you fasted and wept, but now that the child is dead, you get up and eat!” He answered, “While the child was still alive, I fasted and wept. I thought, ‘Who knows? The LORD may be gracious to me and let the child live.’ But now that he is dead, why should I fast? Can I bring him back again? I will go to him, but he will not return to me.”

King David was pretty passionate about this prayer, but when he received God’s answer, his passionate praying ended, he cleaned himself up and then went to worship God. How was David able to do that? He trusted in the sovereignty of God; he trusted God to do the right thing.

So how should we respond now that it looks like our next president might be determined by “questionable” ballots or by the supreme court? If you have been praying passionately that your presidential candidate would win, continue to do so until God gives you an answer, and don’t fear but continue to worship God.

If you are a Christian that has allowed your passion to post something on social media or act in a way that was not a good reflection on God, then respond like David, confess your sin, clean up, and then go worship God.

Contrary to the way we might think or act, in the end, we do not determine who wins, God already has…

Everyone must submit himself to the governing authorities, for there is no authority except that which God has established. The authorities that exist have been established by God.

So through this continuing process to elect our next president, it would be best if all Christians would follow the advice of Paul when he said…

So whether you eat or drink or whatever you do, do it all for the glory of God. Do not cause anyone to stumble, whether Jews, Greeks or the church of God, even as I try to please everybody in every way. For I am not seeking my own good but the good of many, so that they may be saved.

Just imagine if something you posted on social media, something you said in a conversation regarding this election or the way your acted during this uncertainty, was to lead someone to Christ. You know what would happen, not only would you be blessed, but all of heaven would rejoice…

I tell you that in the same way there will be more rejoicing in heaven over one sinner who repents than over ninety-nine righteous persons who do not need to repent.

A new direction for our country, an upgrade in our health care or a new law, will not change a person’s heart. But if we were to reflect Christ with our lives, that can change everything…

In the same way, let your light shine before men, that they may see your good deeds and praise your Father in heaven.

If you find yourself weary in this process, there is only one man who has the answer for it, and it is not the next president. This man stands before you today and says…

“Come to me, all you who are weary and burdened, and I will give you rest. 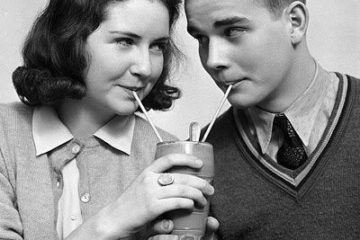 2/24/2021 – Pastor Brian’s Blog – Do you believe in love at first sight? Judy and I went to different high schools: she went to her local high school while my parents sent me to Read more…

2/17/2021 – Pastor Brian’s Blog – My two youngest children grew up on Veggie Tales, and I must admit that I grew to like some of those characters too. Before you become too pious, I Read more…

2/10/2021 – Pastor Brian’s Blog – Sanctification is a fancy theological word for “The Process.” It is the process that God uses to take a forgiven sinner and transform them into the image of Christ. Read more…